Shin Hyun-joon is a bride’s brother

Shin Hyun-joon is a bride’s brother 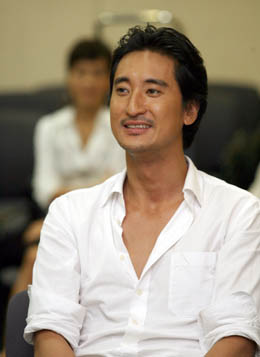 Actor Shin Hyun-joon is set to make an appearance on the KBS action drama “Bride Mask.”

A representative from the program confirmed yesterday that Shin will guest star as the brother of protagonist Kangto, played by Joo Won, on the show.

“Shin will play Kangsan, who plays a significant role in influencing Kangto as he turns from his pro-Japanese ways into a patriotic superhero,” the representative said.

Shin said he is excited about the guest spot. “As a fan of the original comic, I want to do the best job that I can,” he said.

The actor also said that he was thrilled to be working with Joo, of whom Shin said he is a fan.

This will be Shin’s first appearance in a drama in three years. His last was SBS’s “Cain and Abel” in 2009.

“Bride Mask,” set to air in May, is based on the comic by famed cartoonist Heo Yeong-man.

The drama is set against the backdrop of Japan’s colonial rule of Korea and is based on a heroic figure who wears a kaksital, the mask of the bride character in traditional mask dance dramas, as he seeks justice.