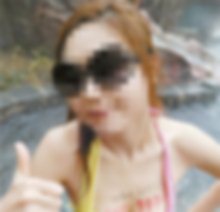 A volley of locker-room talk may have taken the halo off the cast of “Naneun Ggomsuda” (I’m a Petty-Minded Creep), who have been portraying themselves as martyrs in the cause of free expression.

In December, former Democratic Party lawmaker Chung Bong-ju, a host of the popular liberal podcast, was sent to prison for one year for spreading false rumors about President Lee Myung-bak. The podcast is dedicated to taking potshots at Lee, and its name is supposed to describe him.

On Jan. 20, a female supporter of Chung uploaded a photo of herself in a bikini onto a Web site dedicated to him. Written across her chest was the message: “My heart out, get out [of jail], Chung Bong-ju.” In the photo, she gives a thumbs-up.

The next day, two of the three other hosts of the show cheered her on and encouraged more women to show some skin for their imprisoned friend. Two women did.

“Chung can’t bear living alone in a cell without his wife, and he’s taking medicine to curb his sexual impulses these days,” Kim Yong-min, the show’s main host, said. “I want you girls to send photos [of yourselves] wearing swimming suits without any hesitation.”

Choo Chin-woo, an investigative journalist and another host, wrote a comment on an application form to visit Chung at Hongseong Prison that read: “The photo of boobs to cheer up Chung is awesome. Be careful of nosebleeds!” (In Korean sex talk, sexual arousal is said to cause nosebleeds.)

The raunchy talk was too much for fans of the show. Feminists and liberal activists condemned it publicly.

“I thought Naggomsu [the show’s nickname] would face a crisis someday,” said Chin Jung-kwon, 49-year-old liberal columnist, “but I didn’t expect it to come in this way. A woman uploading a photo of herself in a bikini is her right. But we should beware of expressing chauvinistic machoism in enjoying the photo. It would be better that Naggomsu apologize immediately.”

“I personally oppose an appeal for someone’s release that uses a woman as a symbol in a way to please conservatives and machos,” tweeted renowned novelist Gong Ji-young, a fan of the show as well.

“I also disagree with Naggomsu members who don’t care [about the photo],” she wrote.

“I assume that many women were offended,” tweeted Tak Hyun-min, a professor at Sungkonghoe University who organized live appearances by the podcast hosts, “not by the bikini photograph itself, but by a group of creeps making it a sexual issue and by Choo Chin-woo and Kim Yong-min, who made jokes about the photo.”

Many netizens were exercised.

One netizen wrote on Daum’s Agora Web site: “You [members of Naggomsu] should reflect on making such sexual jokes when half of your listeners are female in their 20s or 30s. I feel disappointed in you as much as I loved you.”