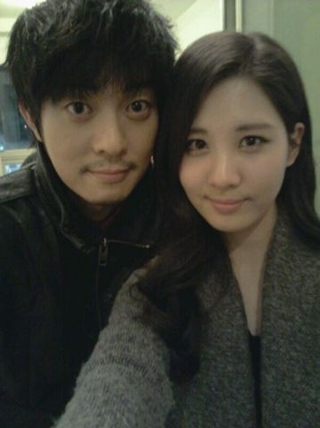 A duet sung by Girls’ Generation’s Seohyun and singer-songwriter Yoon Gun will be released today.

SM Entertainment announced on Friday that the collaborative piece “Don’t Say No” will be made available starting at midnight on various music Web sites.

The song was composed and written by Yoon and has a delicate harmony that incorporates the sound of a guitar, a string quartet and a piano. The song’s genre is described as “unplugged pop.”

The lyrics contain the sentiments of a lover who confesses his feelings to a woman who is the object of his affection.

“The duet is a present to fans to mark the start of spring, and the talents of the two musicians will be showcased in the new song,” SM Entertainment told local media.

In the meantime, Seohyun is busy making appearances with her band members. Girls’ Generation was recently in France and the United States to promote the release of its new album “The Boys.”