Suspicions arise over the death of program director Son Moon-kwon

Suspicions arise over the death of program director Son Moon-kwon 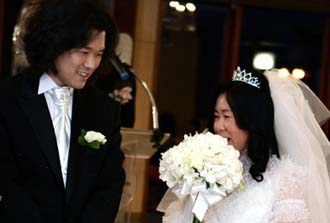 Details surrounding the death of Son Moon-kwon are emerging nearly three weeks after the TV program director committed suicide, leaving questions unanswered and sparking speculations regarding the relationship he had with his wife, writer Lim Seong-han.

Although Son died on Jan. 21, the official announcement of the incident was made yesterday.

What is more shocking is that MBC, which had employed Son and Lim as a couple to write a new drama, said it did not know of Son’s death until yesterday’s announcement.

“Two weeks ago, I talked to Lim and she said, due to personal reasons, the couple wouldn’t be able to go on with the drama and that we should look for other writers,” a representative of MBC told the OSEN news Web site yesterday. “We had no idea that by ‘personal reasons’ she meant her husband had committed suicide.”

It is said that apart from the deceased director’s parents, no other family members knew the real cause of death.