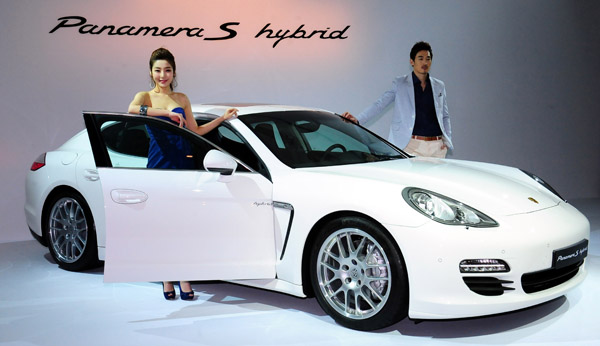 The Porche Panamera S hybrid coupe was unveiled for the first time in Korea yesterday at a hotel in Seoul (see photo). The four-seat coupe has a 3.0-liter V6 engine that can generate 333 horsepower and an electric motor that adds an extra 47 horsepower. It has a maximum speed of 270 kilometers (168 miles) per hour and can reach 100 kilometers per hour in just six seconds. Cost: 164.5 million won ($146,613).