Acoustics guru to retire from SNU

Acoustics guru to retire from SNU 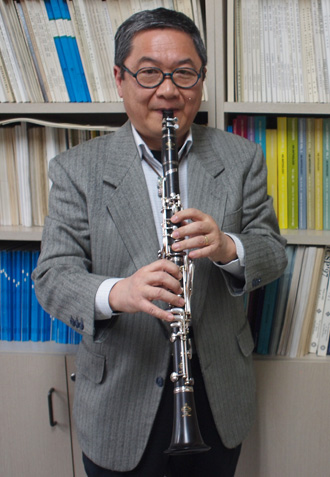 Sung Koeng-mo, 65, professor of Seoul National University’s electrical engineering department, will retire at the end of this month. By Jung Won-yeob

Sung Koeng-mo, 65, a professor of Seoul National University’s electrical engineering department known as a guru of acoustics, will retire at the end of this month, ending his 28-year career.

Sung graduated from SNU’s electrical engineering department and received a Master’s degree in telecommunications from Aachen University of Technology in Germany. He received his Bachelor’s degree in acoustics engineering - a relatively unfamiliar field in Korea.

Though he had studied electrical engineering, Sung decided to specialize in acoustics engineering after he met professor Heinrich Kuttruff during his studies in Germany.

Sung said his dream was to become a composer. He learned violin and played music often, despite spending most of his time studying engineering while in college.

When he came back to Korea in 1983, Sung was appointed a professor of the electrical engineering department as well as an adjunct professor in the College of Music at SNU.

Professor Sung has studied various subjects related to sound such as the acoustics of the World Cup Stadium and the sonar (sound navigation ranging) of submarines. He also tried to ban the use of sound cannons, which police planned on using to control violent protests in 2010.

“Sound cannons, which are usually used to defeat pirates, can be very dangerous for people. I will take any action to ban it at any time,” he said.

Since he became an adjunct professor in the College of Music, Sung has learned to play seven instruments including the clarinet and saxophone while teaching musical acoustics to students for 25 years.

He started to play bass clarinet in the Zeloso Wind Orchestra and practiced four times a week starting seven years ago.

The number of instruments that Sung has collected during his tenure surpasses 100. Through his music, studies and teaching, Professor Sung has touched the lives of thousands of students.