Gyuri from KARA to have vocal surgery

Gyuri from KARA to have vocal surgery 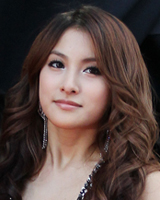 Gyuri from girl group KARA will undergo surgery on Feb. 21 to have vocal cord nodules removed.

"To treat vocal nodules, which Gyuri was diagnosed with in November, she will be operated on . . . After the surgery Gyuri will spend time recuperating, as she will tour six nations in Asia in April," said a representative from DSP Media on Feb. 20.

The agency added that the singer will undergo a special rehabilitation program to ensure she will have a quick recovery.

Although nearly three months have elapsed since the diagnosis, the agency said that the surgery was postponed at the singer's bidding.

"The doctor informed her that she needed surgery as soon as possible. But because she was involved with the musical '200 Pounds Beauty' until January and then with the band's Korean tour, she bade her time getting by with emergency treatment from time to time," said a representative from the singer's agency.

Meanwhile, on Feb.20, the band successfully wrapped up its first solo concert, amusing more than 20,000 fans for two days over the weekend.

During the concert, the group performed 33 songs, with each member giving a solo performance as well as some tango dancing and a cover of Michael Jackson's "Beat It."