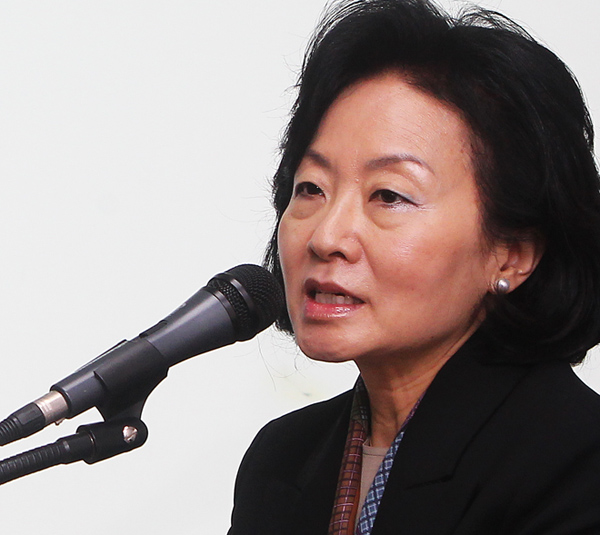 
The National Museum of Contemporary Art’s new Seoul branch, named Uul, will focus on special exhibitions of contemporary art while its Deoksu Palace branch will specialize in the Korean art of the early 20th century, the NMOCA’s new head Hyung-min Chung said.

Uul, currently under construction in the popular art zone east of Gyeongbok Palace, is scheduled to open in October 2013. The Deoksu Palace branch recently entered renovation, which will be finished in May.

“I feel a heavy responsibility now that I’ve taken the job at a time when the NMOCA’s size is doubling,” she said.

“Uul will have some of the NMOCA’s permanent collection exhibited, but it will focus on various special exhibitions of contemporary art to appeal to youngsters and foreigners who are expected to represent a large part of the visitors,” she said.

“And the Deouksu Palace branch will permanently exhibit our collection of art of the times in and around the Japanese colonial rule [1910-45]on one of its three floors, while holding the related special shows on other floors,” she continued.

“That will match the historical meaning and architectural characteristics of the museum building built in the period.”

The NMOCA’s current headquarters in Gwacheon, Gyeonggi, will focus on exhibitions of Korean art since the 1950s based on its permanent collection and various programs for family audiences, she added.

The fourth branch of the museum will open in Cheongju, North Chungcheong, in 2014 after renovating an old cigarette factory.

This branch will be used as a storehouse.