Despite nod, Mendes feels snubbed by the Oscars

Despite nod, Mendes feels snubbed by the Oscars 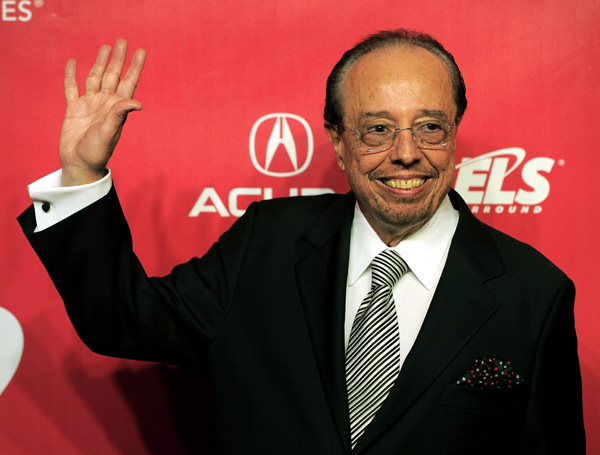 In this Feb. 10 photo, Sergio Mendes arrives at the MusiCares Person of the Year gala honoring Paul McCartney in Los Angeles. Mendes will attend the Academy Awards ceremony Sunday but will do so with mixed feelings. [AP/YONHAP]


Sergio Mendes will attend the Academy Awards on Sunday with mixed feelings.

He’s honored that his song “Real in Rio,” from the animated movie “Rio,” is one of the only two nominated this year, but is upset with the show producers’ decision not to present the tune live during the telecast.

“I am very frustrated and kind of sad that we will not be able to perform such a lively song,” the 71-year-old Brazilian legend said in an interview Monday.

In some ways, it’s reminiscent of what happened in 2005 to another Latin star, Uruguayan Jorge Drexler, who was nominated in the category for his song “Al otro lado del rio” from “The Motorcycle Diaries.”

Instead of having the singer-songwriter perform his own song, the Academy decided to call on Antonio Banderas - who is Spanish - to do so. Drexler, who was very hurt, ended up getting his way after he won: His acceptance speech was simply the first verse of his song.

The difference on this occasion is that Mendes is no stranger in Hollywood.

The Grammy winner, who is based in Los Angeles, boosted his fame in the United States in 1968 by singing Burt Bacharach and Hal David’s Oscar-nominated “The Look of Love” at the Academy Awards ceremony.

Besides “Real in Rio,” the other song nominated is Bret McKenzie’s “Man or Muppet” from “The Muppets.” It is also not included in the telecast, the Academy confirmed on Monday (nevertheless, Kermit the Frog and Miss Piggy will appear as presenters).

The producers’ decision not to showcase both songs has been criticized by some who think such performances would have injected color into a ceremony that last year saw its ratings drop 10 percent.

In Mendes’ opinion, “Real in Rio,” which mirrors the awakening of the birds in a forest near Rio de Janeiro, would have been perfect for the show.

“[It’s] such a lively song,” Mendes, a first-time nominee, said. “You’ve seen the movie, you’ve heard the song, and it’s a perfect thing to do live but .?.?. it’s really up to the television producers.

“I was just hoping until, you know, till today, I’m still hoping. But I don’t think it’s gonna happen. Listen, you can’t have everything .?.?. I’ll be there anyway.” AP