Rain to change divisions in the Army

Rain to change divisions in the Army 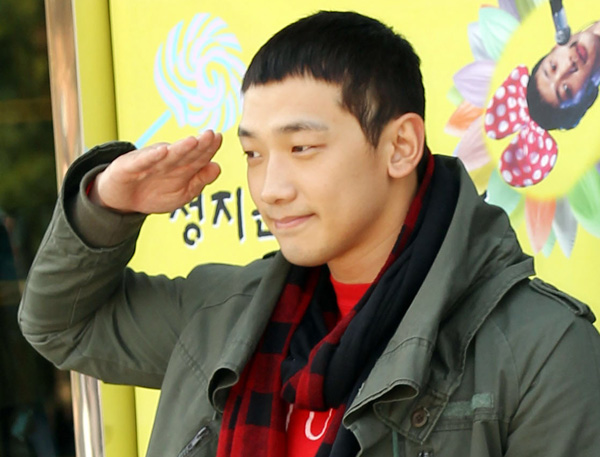 
Hallyu star Rain, who is currently undertaking his national military service, is set to transfer into the Korean Army’s public relations division in Yongsan District, central Seoul. Until now, Rain, who enlisted back in October of last year, has undertaken training at Yeonchun district in Gyeonggi province and has served the nation as an assistant trainer.

Although the erstwhile singer maintains that he was happy in his post, the Army corps expressed its desire to see him as a celebrity soldier serving in the public relations division. Other stars to have served in the division are entertainer Boom, and actor Lee Joon-gi who was discharged on Feb. 16.
Lee used to host a radio program for military personnel called “Comfort Train” and there are speculations that Rain will step up to take over the show.

“We do not currently know when Rain will join the public relations branch or what kind of work he will be assigned to at this stage,” said a representative from the Army.

Meanwhile Rain will be discharged from the army on July 10 of next year.
By Carla Sunwoo [carlasunwoo@joongang.co.kr]