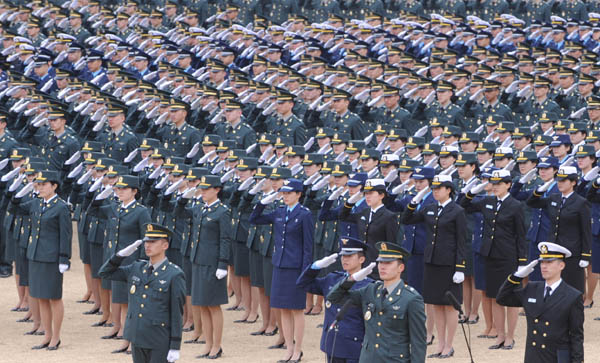 New officers of the Army, Navy, Air Force, Marines and the Armed Forces Nursing Academy salute during a joint inaugural ceremony for them at the Gyeryongdae military headquarters in South Chungcheong yesterday. More than 5,600 people were commissioned as entry-level military officers yesterday. It was the second time all of the South Korean military branches conducted a joint inaugural ceremony for new officers.[YONHAP]