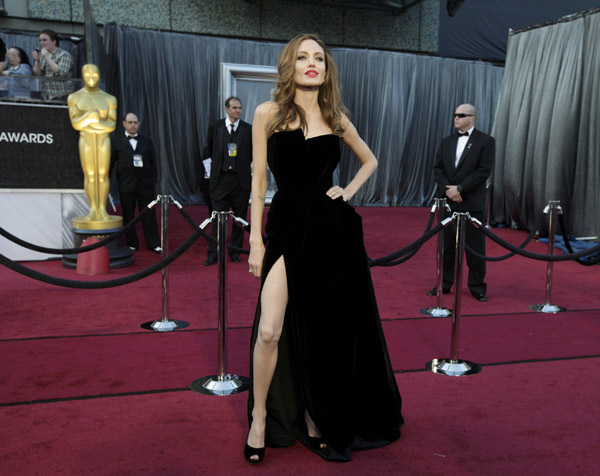 LOS ANGELES - Angelina Jolie’s bare leg led to many post-Oscar jokes, but by Tuesday it had kicked back at critics and become an Internet celebrity in its own right followed by thousands. 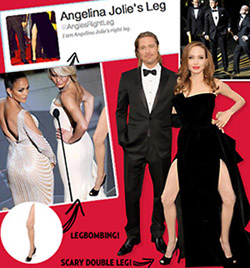 Jolie, accustomed to having the spotlight on her and perhaps not her appendage, attended the Oscars on Sunday in a black Atelier Versace dress with a daring slit. The often serious actress playfully revealed her right leg on stage, leading many to question her motivation for the daring pose.

Denise Warner, executive editor of HollywoodLife.com, speculated that it might have been an inside joke between her and companion Brad Pitt who was sitting in the front row.

Regardless of why Jolie did it, within minutes of the leg’s appearance - which was imitated by “The Descendants” writer Jim Rash as he accepted his Oscar from the actress - the twitter handle @AngiesRightLeg popped up and quickly amassed a few thousand followers.

As of Tuesday, more than 34,000 followers, including celebrities such as Rob Lowe, were drawn to the parody account, which posts quips such as “Look at the leg!” and “You have to admit I’m one hell of a leg.”