Noh Hyun-hee opens up about divorce and plastic surgery

Noh Hyun-hee opens up about divorce and plastic surgery 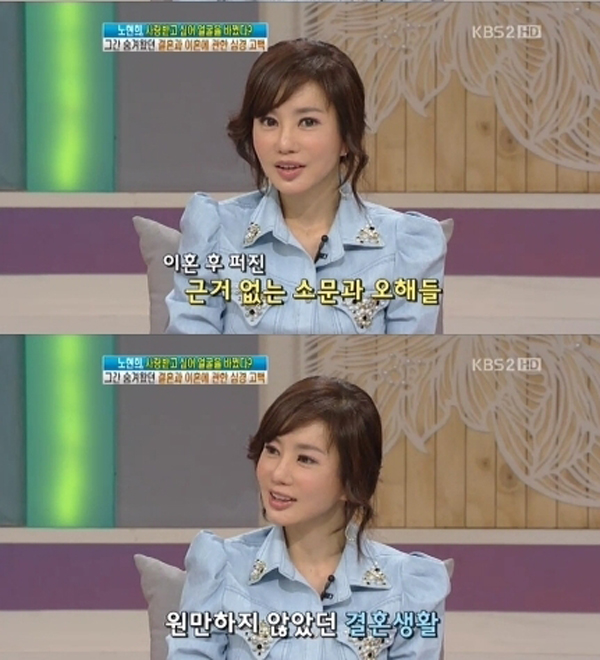 Actress Noh Hyun-hee appeared on an episode of “Full of Relaxation” on Feb. 29 and spoke candidly about her life.

While the 39-year-old actress admitted to having gone under the knife, she maintained that she was perfectly fit to carry a child. “People think that my husband divorced me because I was unable to conceive or because I had cosmetic surgery done. It’s not true, I am perfectly normal,” said Noh.

The actress confessed that her marriage to newscaster Shin Dong-jin was less than ideal. “He never even looked at me. I decided on divorce quite early on, but it took me forever to follow through. I regret having waited so long but the pressure on us to stay together - being a celebrity couple - was huge.”