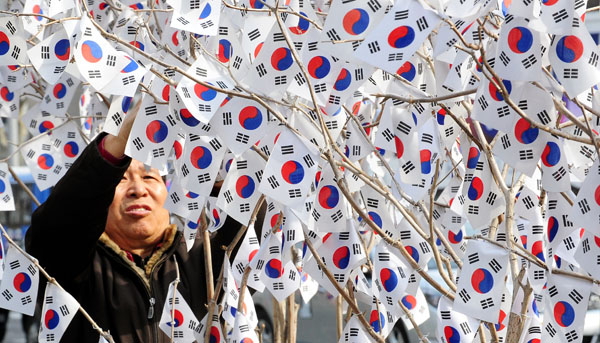 An official of a local civic group makes a Taegeukgi (Korean national flag) tree in Tapgol Park, Jongno District, central Seoul, a day before the 93rd anniversary of the March 1st Movement, a major independence movement that began on March 1, 1919, against Japan’s colonial rule, which lasted from 1910 to 1945. [NEWSIS]