2PM to become a regular on Korean learning show in Japan

2PM to become a regular on Korean learning show in Japan 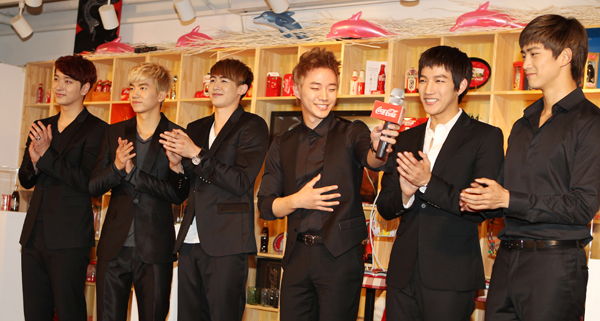 
Boy band 2PM will host a short segment on Japanese channel NHK’s new Korean language program, and will eventually become regulars on the show. The band attended an official press conference on Feb. 29, ahead of the first airing of the program on April 2.

The segment will be called “2PM’s One-Point Korean,” and will have the band teaching Japanese viewers common Korean phrases.

“At first I wasn’t sure how we could take on such a task, but my worries vanished after our first taping,” said Chansung.

Meanwhile, another member of the group said that 2PM was so thankful for the opportunity to introduce Korean to the Japanese. “Thank you so much, and we will give it our best to make studying enjoyable,” said Wooyoung.

Nichkhun, who is of Thai and Chinese descent, said that since he is a foreigner himself, it may seem odd to have him teaching Korean.

“However, I believe that as you practice and love 2PM more, your Korean will improve.”