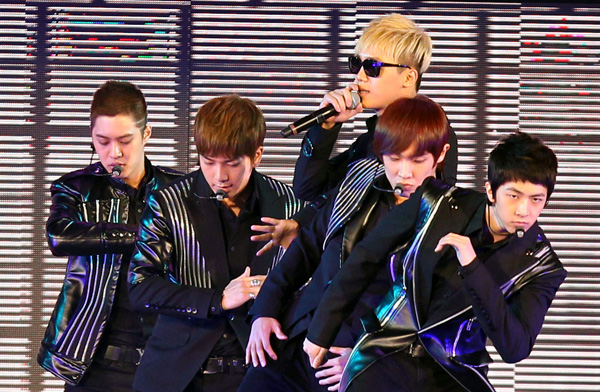 
Seung-ho of the boy band MBlaq has been taken to the hospital after collapsing during a taping for “M Countdown!” on Thursday at the Mnet studio in Sangam-dong, northwestern Seoul.

The band was in the middle of a second taping of its new song “Run” when Seung-ho, who had been complaining of pain in his lower back, lost consciousness.

The singer is currently receiving treatment at a hospital in the capital. The band will continue on with its schedule while he recovers.

The performance of “Run” that the group was taping represents the song’s debut on the music show.

The band had previously tweeted that the choreography for the new song was particularly difficult, causing worry among fans.

“Seung-ho is not in critical condition,” a representative from the group’s agency said. “Because the first taping is complete, the performance will just be edited before airing.”