Hyeun Young talks about ‘falling into a bog’

Hyeun Young talks about ‘falling into a bog’ 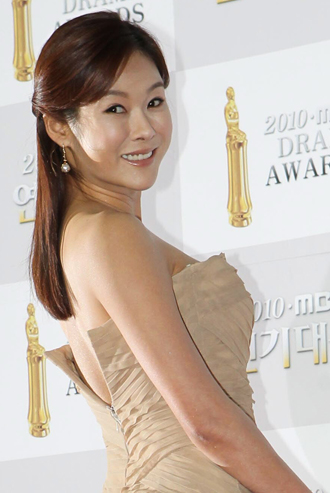 Entertainer Hyeun Young, who tied the knot on March 3, opened up about her wedding ceremony on the March 5 episode of “Good Morning” on SBS.
Footage of the star at a press conference prior to her wedding recorded her saying, “I’m excited about this new chapter of my life.”

When asked about how she ended up falling for her finance worker boyfriend, the entertainer said it happened naturally over time.

“From the moment that I met him, I had a feeling that we’d be good friends. We met through mutual acquaintances and continued running into each other until we began developing feelings for one another,” said the 35-year old celebrity.

She also likened falling in love with her husband to, “falling into a bog with no way out.”

Hyeun Young shocked the public in January when she announced her wedding plans. The female entertainer wed her beat of one year at a ceremony at the Sheraton Grande Walkerhill Hotel on March 5.