‘Desperate Housewives’ creator says he had permission to hit actress

‘Desperate Housewives’ creator says he had permission to hit actress 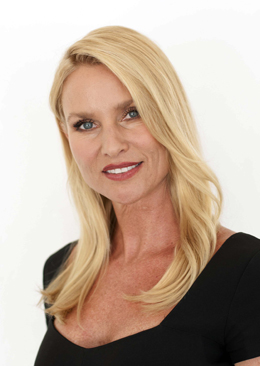 LOS ANGELES - The creator of “Desperate Housewives’’ told jurors Monday he thought he had permission to tap Nicollette Sheridan’s head, but acknowledged that the incident created a strained and awkward dynamic with an actress he considered smart and funny.

Marc Cherry testified during Sheridan’s wrongful termination trial that by the time he hit Sheridan in September 2008 - he calls it a tap for artistic direction, she contends it was a wallop - he had already received permission to kill off her character in the script.

Those plans only moved forward after an investigation by ABC, which airs “Desperate Housewives,’’ cleared him of wrongdoing despite officials never interviewing him or Sheridan about their dispute. He testified that he told fellow series stars Eva Longoria and Felicity Huffman that he intended to kill off the character Edie Britt months before he told Sheridan.

Much of Cherry’s testimony corroborates with Sheridan’s version of events, although the actress has told jurors she never gave permission for the show’s creator to touch her, much less strike her in a way that she said left her stunned. The incident occurred on the show’s set as the actress and Cherry discussed her lines for a scene that Sheridan didn’t feel had enough comedy.

He said he wanted the actress to have some physical interaction with her on-screen husband in the scene, and acknowledged that during a deposition, he testified that he “resorted to demonstration to get my point across.” In the scene, Sheridan’s character hits her husband with a magazine and tickles him, but doesn’t strike his head.

He rejected the idea that he struck Sheridan hard and was upset that people thought he hit a woman. He said he regarded Sheridan as a rare talent: A beautiful actress who could pull off comedy.

Sheridan, who is seeking more than $6 million, told jurors last week the incident rattled her. “It was humiliating,’’ Sheridan told the jury last week.

Cherry was flustered at times during questioning by Sheridan’s attorney Monday, but became more comfortable as his own attorney asked him to describe how he developed “Housewives” after a conversation with his mother more than a decade ago.

The idea grew out of watching a trial about a mother who drowned her child, Cherry said, and his mother’s revelation that she had felt moments of desperation and anger.

“Desperate Housewives,” a glossy primetime comedy/soap opera, made a pop culture and ratings splash when it premiered in 2004 but has since seen its audience dwindle. It is in its last season. AP