‘Love Letter’ to Seoul arrives again with a new story

‘Love Letter’ to Seoul arrives again with a new story 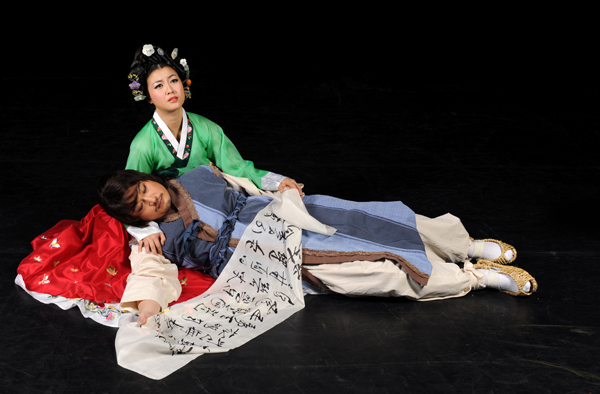 Soprano Kang Hye-jung and tenor Eom Sung-hwa play the roles of Dosil and Areuk in the opera “Love Letter,” which is set to run at the Sejong Center for the Performing Arts in central Seoul from March 15 to 18. [JoongAng Ilbo]


The opera “Love Letter,” which made its debut in 2010, is returning to the stage with a revised story and a new creative team. With director Yang Jung-woong, who has been extending his directing work from theater to opera and ballet in recent years, the creative team is promoting the opera to new audiences.

When the opera was first introduced at the Sejong Center for the Performing Arts two years ago, the production team had planned to show a glimpse of the historical transformation of the Gwanghwamun area from the Joseon era to the Japanese colonial period and then to the present day. Although the attempt was fresh and informative, audiences said it was too much to digest. 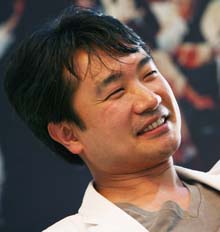 “We decided to cut the complicated story line to facilitate understanding, based on reviews from audience members,” said Kim Hwa-young, the director of the Sejong Center’s public relations team.

Another change is that the revised production will be set ambiguously in Seoul, not Gwanghwamun.

“We tried too many things to show the setting, which actually made the story less credible and prevented audiences from becoming immersed in it,” Kim said. “So the new production will just insinuate that the story is happening in Seoul, which could actually generate much more curiosity about the city.”

The new story line is much more simple, but still has a structure that is similar to the original. It still remains a love story between Dosil, a silk-maker, and Ahreuk, the daughter of a poor scholar who later becomes a gisaeng courtesan. The time period has been trimmed to include only the Joseon Dynasty (1392-1897) and the present day.

Park Se-won, the general director of the Seoul Metropolitan Opera, asked Yang to join the creative team in order to strengthen the opera singers’ acting skills.

“Since opera focuses more on singing, opera singers tend to be less skilled in acting [than theater actors],” Park said.

He said that he learned that, while working on the Seoul Metropolitan Opera’s version of Giuseppe Verdi’s “La Traviata,” which was performed in Italy in 2008, Korean-made operas cannot be competitive in the international market unless the acting is stronger.

Yang is the general director of a theater company called Traveler, and was awarded a badge by Ministry of Culture, Sports and Tourism in 2006.

After building a career in theater, he expanded his directing work to include opera and ballet.

He has since won praise for his work on both “Soul Mate” for the Korea National Opera and “Simcheong” for the Universal Ballet Company.

After its premiere in Frankfurt in 2006, “Soul Mate” was invited to perform at theaters in major cities, including Tokyo in 2007 and Beijing in 2008.

Yang initially turned down Park’s offer because of his busy schedule, but is now dedicated to training opera singers to become better actors.

“With this particular opera, I want to emphasize the dramatic elements,” Yang said. “The key to making this opera successful is to create a friendly story line with traditional elements that audiences can understand.”

The opera will be supported by the Seoul Philharmonic Orchestra conducted byChoi Seung-han and the Seoul Metropolitan Chorus.