Famed creator of iconic Disney songs passes away at age 86

Famed creator of iconic Disney songs passes away at age 86 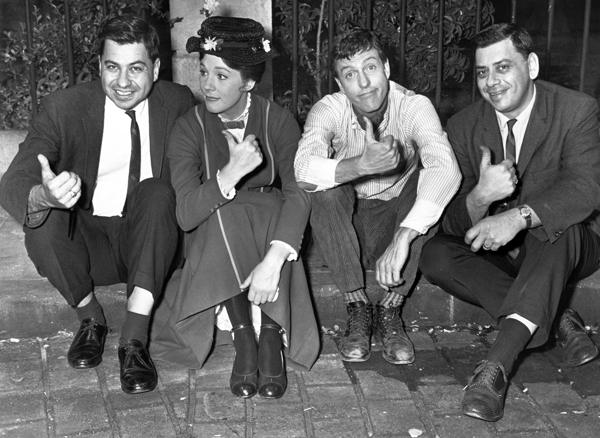 LONDON - Robert B. Sherman, the composer of the “Mary Poppins” song “Supercalifragilisticexpialidocious” and other Disney classics, has died in London aged 86, his publicist said on Tuesday.

New York-born Sherman and his brother Richard worked as staff composers for Disney between 1960 and 1973, during which they wrote more than 200 songs for 27 films and two dozen television productions.

These included “Chim Chim Cher-ee”, another hit from the 1964 film “Mary Poppins,” which won them an Academy Award for best song. They won another Oscar for best score for the movie.

Bob Sherman wrote the lyrics, and his brother, known as Dick, composed the music, following in the footsteps of their songwriter father Al Sherman.

They were also responsible for hits such as “It’s a Small World” and “I Wan’na Be Like You” from “The Jungle Book,” and composed the scores for “Chitty Chitty Bang Bang” and “Charlotte’s Web,” among others.

Sherman’s son Jeffrey confirmed his death in a Facebook posting late Monday. “My Dad, Robert B. Sherman, passed away tonight in London. He went peacefully after months of truly valiantly fending off death. He loved life and his dear heart finally slowed to a stop when he could fight no more,” he said.

“One of the world’s greatest songwriters and a true Disney legend, his legacy will endure forever through the magic of his music,” Iger said in a statement.

“From ‘Mary Poppins’ and ‘It’s a Small World’ to ‘Winnie the Pooh’ and ‘The Jungle Book,’ Robert, along with his brother Richard, wrote many of Disney’s most memorable and beloved songs, which continue to enchant millions of people around the world to this day.” AFP