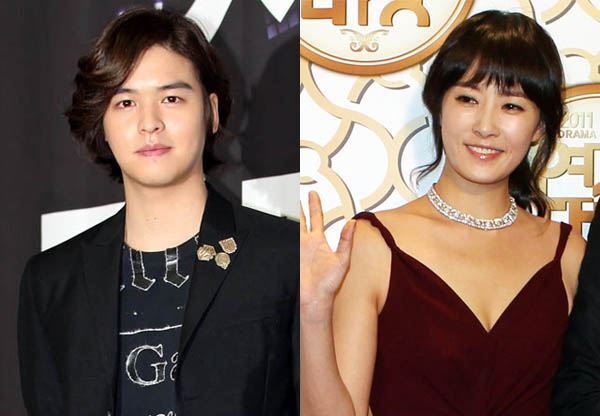 Lee Jang-woo and Kim Sun A


Actors Kim Sun A and Lee Jang-woo have been cast to play leads in the new MBC drama, working-titled “I Do I Do”.
According to the stars’ entertainment agency, on March 12, Kim will play the role of a celebrity shoes designer while Lee will become a shoe counterfeiter.

“I Do I Do” is a story about the life and love of women in their thirties. It will supersede the drama “The King 2 Hearts” and air starting from the end of May.

Meanwhile, Lee made his debut as part of the boy band 24/7 in 2009.
Since his debut, Lee has branched into acting, having appeared in the drama “The Three Brothers” (2009) and also in the part-reality, part-fiction program “We Got Married” (2011) alongside T-ara’s Eun Jung.