Prince Henry plays polo for charity during visit to Brazil

Prince Henry plays polo for charity during visit to Brazil 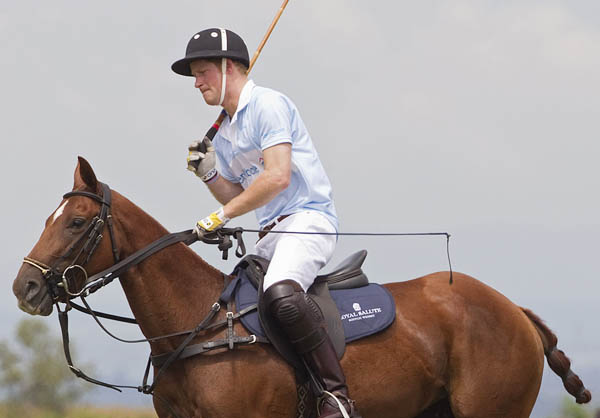 The 27-year-old, third in line to the British throne, played at the event in Campinas to raise money for Sentabale, his Lesotho-based charity.

Argentine player Nacho Figueras and Pakistan’s Bash Kazi were on the opposite side and paid $50,000 to the charity to play against the prince.

Harry’s team prevailed, winning the match 6-3. Bash Kazi took a fall and had to be taken off the field by ambulance.

The prince’s teammate, Brazilian Carlos Alberto Mansur, who had the sixth and last goal, said Prince Harry “is a fine player and helped me get the goal.”

After the match they tucked into lunch with hundreds of people at the event.

Prince Harry, making his first solo royal tour, flew into Brazil on Friday after visiting Belize, the Bahamas and Jamaica.

Harry is promoting the “GREAT” campaign to promote Britain in its Olympic year and as Queen Elizabeth II celebrates 60 years on the throne. Brazil will host the 2016 Olympics. AFP