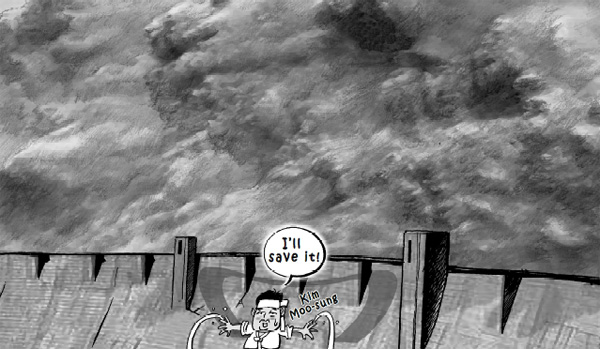 Poised against a tide of explosive allegations hinting at the possibility that the Blue House was involved in illegal surveillance of civilians who were critical of President Lee Myung-bak, Kim Moo-sung, a lawmaker from the ruling Saenuri Party, struggles to support the party by canceling his plan to depart from it after failing to get a nomination for the April 11 legislative elections.