Russians to work with Hwang to clone mammoth

Russians to work with Hwang to clone mammoth 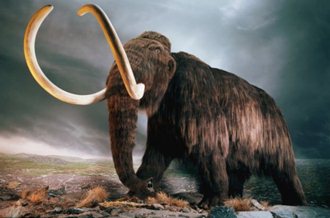 The agreement with the North-Eastern Federal University calls for the use of biological samples taken from a well-preserved mammoth so they can help make a live animal using a somatic cell nuclear transfer process, the Sooam Biotech Research Foundation (Sooam BRF) said.

It said the school in the Russia’s Sakha Federal Republic in northern Siberia will get permission from Moscow to ship tissue samples of the animal that went extinct 4,500 years ago. The tissues are to be cloned by using eggs taken from a modern Indian elephant. Once the tissues of the mammoth have been treated to a nuclear transfer process, the eggs will be implanted into the womb of a live elephant for the 22 month pregnancy.

The local research foundation said it aims to complete the mammoth tissue cloning process by the end of this year. Sooam BRF, headed by Hwang, a former veterinary professor at the Seoul National University, will also take part in future mammoth remains excavations in Russia to get more tissue samples. This will entail the setting up of a mobile laboratory to extract the tissue samples, while the Russian university will be given advanced cloning technology.

“After this project, there will be further cooperation with other laboratories like the Beijing Genomics Institute,” the foundation said.