2AM talks about new album

2AM talks about new album 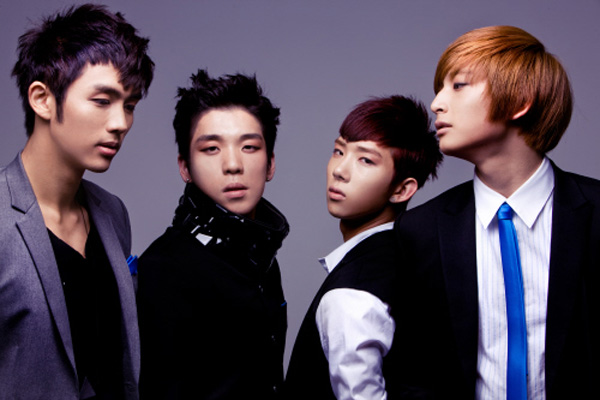 
Boy band 2AM talked about its new album “F. Scott Fitzgerald’s Way of Love,” which was released online on Monday and in stores on Tuesday. At a press conference at the Ilchi Art Hall in Cheongdam-dong, southern Seoul, on Tuesday, the ballad-singing band explained why they chose such an obscure title for its first album in 17 months.

“Our fans may be unfamiliar with the name of our album, as were we when we were first told by the producer. However, as we were getting ready for the album, we started reading Fitzgerald’s books. It was only after we read the books that we understood what kind of emotions that the record would evoke,” said Jo Kwon, the leader of the group.

The songs are thought to parallel the emotions of Jay Gatsby from Fitzgerald’s famous novel “The Great Gatsby.”

“The songs capture the sadness of a man who can’t get over his love and goes on feeling tortured on the inside,” said Kwon.

The band said that originally, it wanted to take on a different direction with the album and produce some cheerful songs.

“But we decided that we must do what we are best at, and that is ballads,” said group member Chang-min.