Submarines from North may be on the move

Submarines from North may be on the move 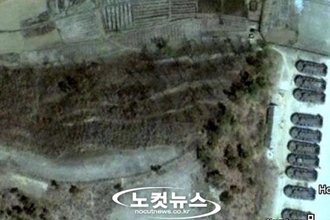 “The submarines were docked during the winter, but they recently began moving as the weather warmed up,” a source said. “Of them, we could not confirm whereabouts of one or two submarines, so we believe they are engaged in underwater operations.”

North Korea operates about 70 submarines, and they are normally docked at the bases near Nampo or Bipa Cape during the winter for maintenance work or the crew’s ground training.

They resume activities during spring, sources said, adding that the submarines are often considered the top priority of the South Korean military’s surveillance because they are hard to detect once they begin underwater operations.

“It is possible that the North began operating the submarines in response to our military’s Foal Eagle exercise,” a military official said. “But we are still watching the situation very carefully because the second anniversary of the Cheonan’s sinking is drawing nearer and the Nuclear Security Summit is also coming up.”

The anniversary of the Cheonan’s sinking and the opening of the nuclear summit both fall on March 26. Foal Eagle refers to the South Korean-U.S. combined field training exercise that takes place annually. This year’s drill began March 1 and will continue until April 30. About 11,000 American troops, including 10,500 stationed outside Korea, are participating in a series of ground, air and maritime drills with Korean forces.

In addition to the sensitive timing, military intelligence officials also said the submarines’ operation took place amidst heightened tensions between the two Koreas.

North Korean leader Kim Jong-un recently made a series of visits to the military bases near the western waters of the peninsula, including inspections of the Cho Island Defense Command and a Navy base near the Taedong River last Friday.

The South Korean military has begun analyzing the background of Kim’s tour of the bases, while heightening vigilance, sources said. The reconnaissance activities of the P-3 anti-submarine and maritime surveillance aircraft were also increased, they said.