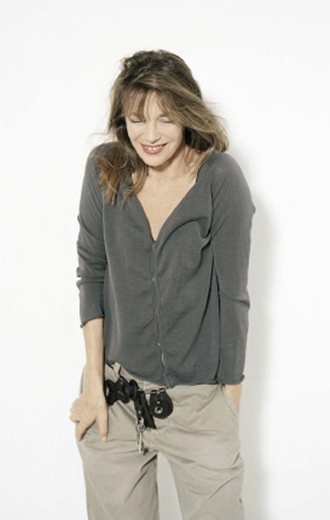 French actress and singer Jane Birkin talked to Yonhap News ahead of her Korean concert at AX-Korea on March 22. During the email interview, the chanteuse wondered if she was too old to give acting a go in Korea.
“There’s always a bit of a risk when you start something new, but I think working on a Korean movie would be worth it. The question is though, would Hong Sang-soo want to hire me?” joked Birkin.

Among talks of previous hits, music and her deceased music and life partner Serge Gainsbourg, the 65-year old entertainer said that her former lover was perhaps France’s greatest poet since Guillaume Appollinaire.
“In his personal life he was romantic, progressive and drank like a fish,” said Birkin of Gainsbourg.

When asked how she felt about her Korean fans, Birkin said that she only had fond memories of them.
“Last time, they were really wonderful. They translated Gainsbourg’s French works into English and it was really sweet,” Birkin said.