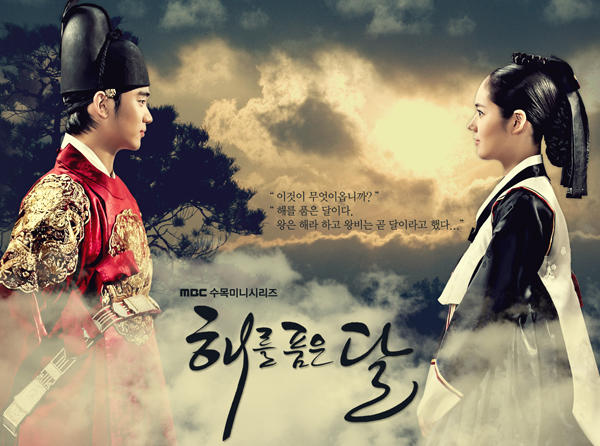 
The popular MBC drama “The Moon Embracing the Sun” ended its run on March 15 with its highest viewer ratings.
According to AGB Nielsen on March 16, the program had ratings of 42.2 percent nationwide, while the average was a bit higher in metropolitan areas at 45.8 percent.
In the drama’s gripping final episode, Yang-myun and Bo-kyung meet their fate while the protagonists King Lee Hwon and Shaman Wol are united at last.
The drama, which features actor of the moment Kim Soo-hyun and the pretty actress Han Ga-in, began airing in January and has had ratings of 18 percent since its first episode. Starting with the third episode, the program has had ratings of 25 percent, putting the program in first place against competing dramas in the same time-slot.
The final two episodes of the 20-part series were to air last week on March 7 to 8, but had to be put off for a week because of a strike that involved MBC and other major networks.
The rights to the drama have been purchased by seven networks in the Asian region, making it one of the most profitable exports in the drama genre to date.