Punk in Pyongyang is art in Seoul

Punk in Pyongyang is art in Seoul 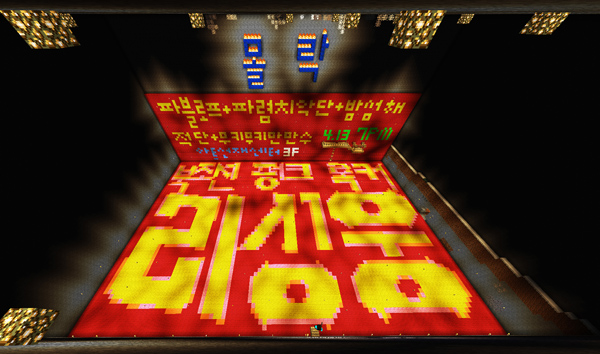 The poster for the exhibition “Lee Sung Woong, the North Korean Punk Rocker” by Bamseom Pirates, one of the 10 indie rock bands participating in the show at Artsonje Center in central Seoul. Provided by Artsonje

Are there punk rockers in North Korea? If so, what would they be like?

These questions are explored by 10 South Korean indie bands in a new exhibition and concert series at Artsonje Center in the art zone east of Gyeongbok Palace in central Seoul.

Each of the bands shows an installation imagining the life of fictional North Korean punk rocker Lee Sung Woong. The bands will also present a series of concerts with songs they imagine he would write.

The Bamseom Pirates imagine Lee as a dissident artist behind bars, an idea that is reflected in their prison cell installation. The band Seokyo Group Sound show a luxurious hotel room, reflecting their idea that Lee is the son of a high-ranking official.

“Suddenly, the question ‘What if there were a punk rock club in Pyongyang?’ hit me when I was out drinking one night and the question never left me,” said Oh Do-harm, a member of participating band Pavlov. He and his friend Park June-cheol curated the event under the name The AWDWs.

“I mentioned it to my musician friends, e-mailed an inquiry to a music critic, and even asked a North Korean defector about that idea,” Oh said. “Then, one day, we brought ourselves to ask, ‘Why don’t we become punk rockers in North Korea?’”