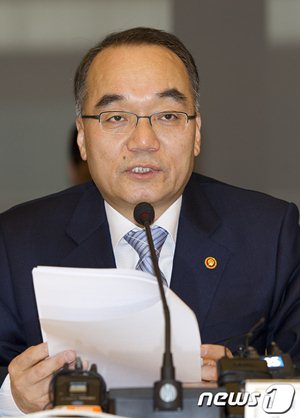 With Korea’s top economic policymaker publicly underscoring the need to tax priests and other religious professionals this week, the issue of taxing religious organizations has gained new traction after being shelved for six years.

However, with many technical details to be ironed out, finance ministry officials denied concrete plans to push ahead in this year’s reorganization of the tax system.

Yesterday, a high-ranking official from the finance ministry confirmed that the ministry has been “reviewing” the issue of taxing religious professionals.

“It’s also the trend in foreign countries to tax religious professionals,” said a tax official, adding that religious organizations will only be taxed “when a public consensus is built.”

That followed comments made by Finance Minister Bahk Jae-wan in a TV interview aired Monday in which he said “[Religious professionals] must be taxed as a rule; considering that until now taxation has been lax, it would be good to have a clear start [in taxing such individuals].”

Not taxing them, Bahk said, “would allow departures from the rule that ‘all citizens are to be taxed without exception.’”

The issue of taxing religious professionals has been “under review” since 2006, when the National Tax Service asked the finance ministry to formally interpret whether religious professionals should be taxed on their income. After religious communities’ protested that their activities should be considered services - not work - and should not be subjected to income tax, finance ministry postponed a decision.

However, some clergy have opted to voluntarily pay income tax. All priests and nuns within the Catholic Church have paid income tax since 1994 according to the Church, and a think tank affiliated with the protestant group National Council of Churches in Korea (NCCK) called for pastors to “voluntarily pay taxes” late last month.

The Jogye Order of Buddhism, the largest in Korea, is also in favor of taxation in principle, though a spokesperson added, “A close review by the order is needed, as temples are not registered as corporate bodies and their finances are difficult to grasp.”

Because there is no law actually prohibiting taxation of religious professionals, all that’s needed is the finance ministry’s formal decision.

However, finance ministry officials denied any concrete plans to make a decision during this year’s reorganization of the tax system.

“There are many details to be clarified,” said a ministry official.