Mistrial is declared in lawsuit of actress Nicollette Sheridan

Mistrial is declared in lawsuit of actress Nicollette Sheridan 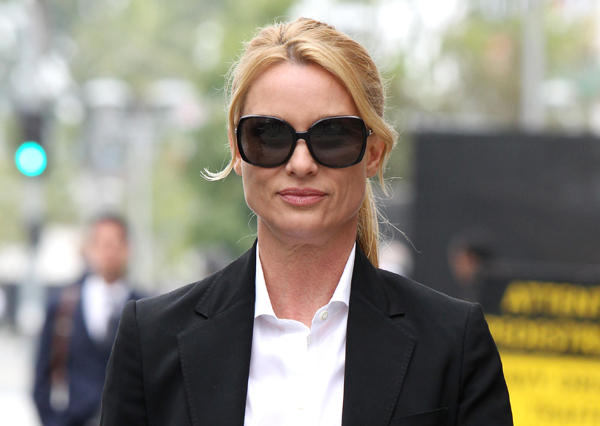 
LOS ANGELES - A U.S. judge declared a mistrial Monday in Nicollette Sheridan’s wrongful termination trial after the jury deadlocked, leaving an unresolved finale to a two-week trial that focused on the behind-the-scenes intrigue of TV’s “Desperate Housewives.”

Superior Court Judge Elizabeth Allen White excused the panel after it deadlocked 8-4 in favor of Sheridan.

The jury first reported problems in deliberations on Thursday then resumed discussions until Monday.

Sheridan had been seeking roughly $6 million from her former employers. She claimed her role as Edie Britt was eliminated because she complained that series creator Marc Cherry struck her in the head during a September 2008 on-set dispute.

Attorneys for ABC, which airs the show, denied all wrongdoing and presented witnesses who said Cherry received permission from top studio and network officials to kill Britt four months before his dispute with the actress.

Cherry denied hitting the actress, claiming he tapped her on the head for artistic direction.

The jury of nine women and three men was presented conflicting evidence and testimony throughout the trial.