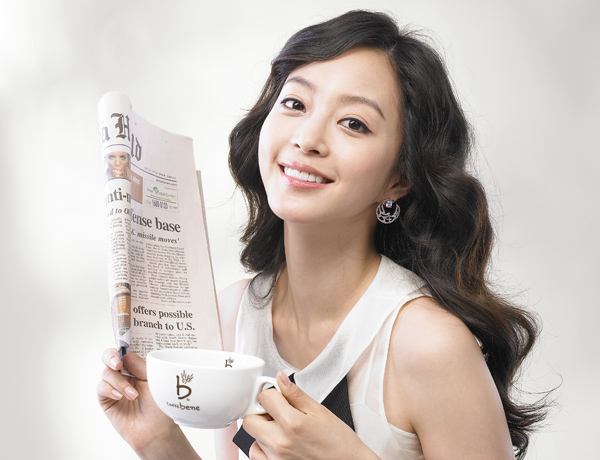 The coffee retailer announced on Tuesday that the U.S.-born actress is currently in the process of undertaking construction work on a building she owns to get ready for the opening of the cafe.

Han’s shop will be the first Caffe Bene in southern California and is set to open sometime in the next three months.

Han and actor Song Seung-hun have been the faces of the cafe for four years. On Feb. 21, the coffee retailer announced that Hallyu star Jang Keun-suk had been recruited to promote the brand as it gears itself up for the global market.

“Han actually asked us if she could open a store in Los Angeles as she is passionate about seeing the brand grow and expand into foreign markets,” a Caffe Bene spokesperson said.

On Feb. 1, the first Caffe Bene store in the United States opened its doors in Times Square, New York.