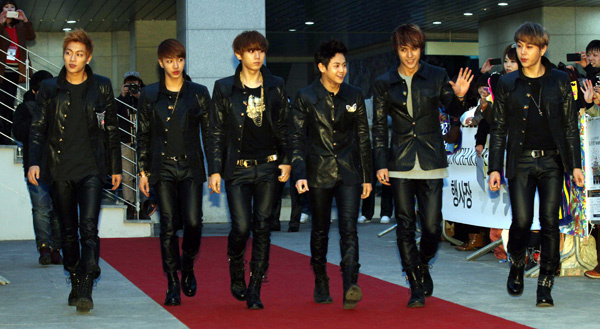 More than 23,000 Japanese fans flocked to see boy band Beast perform on Thursday and Friday at Yokohama Arena in Japan.

The boy band kicked off the Japanese leg of its “Beautiful Show” world tour there, with each concert lasting two hours.

The band performed an assortment of its hit songs including “Shock,” “Fiction” and “Beautiful” to a crowd that chose to stay standing and sing along during the entire show.

Member Son Dong-woon sang his rendition of the song “Hitomio Tojite” by the popular Japanese singer Ken Hirai, much to the delight of the audience.

Beast’s agency said that the band’s popularity and the Japanese fans’ reception at concerts have changed over the years - in a good way.

“Japanese fans are a lot more enthusiastic at concerts than they used to be,” a representative from the agency said. The concert marks the band’s first national tour since its debut in Japan early last year.