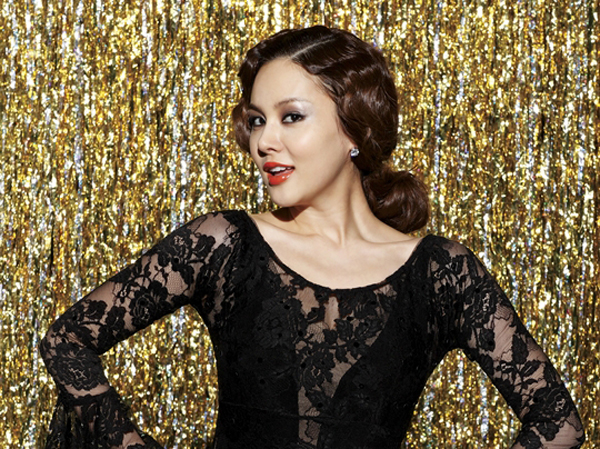 
Singer Ivy, who just days earlier announced her comeback, has secured the role of “Roxy” in the musical “Chicago.”
As she steps back onto the Korean music scene, Ivy will play the leading role in the Broadway musical from June 10 to Oct. 7 at D-Cube Arts Center in Sindorim in Seoul.

The news came after Ivy had auditioned for the role before the Broadway staff.

“Roxy needs to be sexy and lovable at the same time. We thought that Ivy captured the essence of Roxy perfectly,” said a production spokesperson.

“When I saw ‘Chicago’ for the first time as a musical in 2008, I thought I’d die totally content, so long as I was able to star in it. It’s my first major musical role -- so it’s daunting -- but because of the great cast members, I feel assured,” said Ivy. The entertainer also added that on-stage, she hopes to portray the character Roxy more so than the singer Ivy.

Musical actress Yoon Gong-ju and singer Insooni are also set to star in the Korean rendition of the Broadway classic.
Male leads will be played by Nam Kyung-joo, Sung Gi-yoon and Ryu Chang-woo.