Supermodel and female comic to take on the ‘G8’

Supermodel and female comic to take on the ‘G8’ 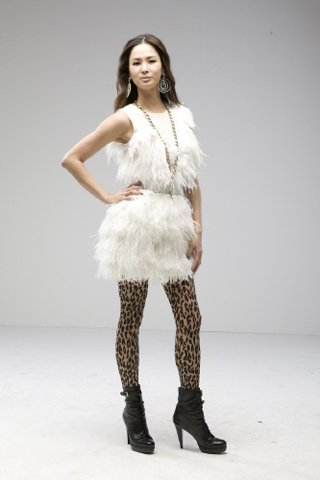 Supermodel Lee So-ra and comedienne Kim Shin-young will bring some glitz and inject some new humor to the second season of KBS 2TV’s “Invincible Youth 2” as they replace host Lee Su-geun who announced his departure from the show on March 28.
KBS announced on March 29 that the program will shake things up in April with the inclusion of Lee and Kim as two of the show’s three hosts. Entertainer Boom will remain as a co-host while two of the ‘G8’ members --female celebrity regulars on the show-- Amber from f(x) and Woo-ri from Rainbow are also slated to step-off the show.

“The two girl group members have a hectic schedule in the coming months with a lot of overseas travelling. Thus they had to leave the show,” said a representative from the program.
Meanwhile the rest of the ‘G8’ panel consisting of Sunny and Hyoyeon from Girls’ Generation,

Along with the cast turnover, the popular variety show comprising eight girl group members is set to undergo some transformations on the production front.
A liaison from the network said that in the up-coming episodes the cast will film on-location in rural areas as well as bringing in a boy group member as a guest each week.
Filming for the second season of “Invincible Youth 2” will begin on April 4.