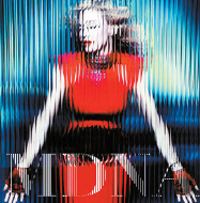 Madonna says it best on the opening track of her twelfth album: “No one can put out my fire.’’ At 53, she’s still got it going on.

And thankfully so. Her newest release, “MDNA’’ — her first apart from her longtime label, Warner Bros. — is full of upbeat dance jams and simmering slow grooves, and it delivers for the most part. True, it’s not nearly as top-notch as past records from the pop icon; the songs on “MDNA,’’ despite some risqueuro language, are much safer and tread familiar ground. Still, there are some standouts.

“Girl Gone Wild,’’ produced by Benny and Alle Benassi (Chris Brown’s “Beautiful People’’), starts things off nicely with its European flavor and addictive hook. Then there’s “I Don’t Give A,’’ the second track on the album to feature Nicki Minaj, and the better one (first single “Give Me All Your Luvin’’ sounds like a Gwen Stefani demo circa 2004, and that’s not a compliment). The album’s best song is “Love Spent,’’ with its Bollywood beat.
It finds Madonna calling out a lover with lyrics like: “You had all of me, you wanted more, would you have married me if I were poor?’’ AP 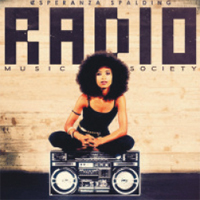 It’s somehow fitting that Esperanza Spalding sang the Louis Armstrong hit “What a Wonderful World” at the Oscars, because her career arc bears certain similarities to the jazz legend’s. She began primarily as an instrumentalist, developed her own distinctive vocal style to accompany her bass playing, and on her new CD, she has embraced the pop music of her day without sacrificing her jazz roots.

“Radio Song,” about flipping through the dial until a catchy tune grabs you, opens her most accessible album that spotlights her singing and songwriting skills. AP 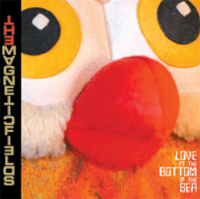 The Magnetic Fields “Love at the Bottom of the Sea”

The Magnetic Fields are still on the quest for romance.

“Love at the Bottom of the Sea” finds the band once again exploring the theme of failed love affairs using biting lyricism, thanks to leader and songwriter Stephin Merritt, but this time with added synth.

Rather than traditional love songs lamenting pain and anguish, the Magnetic Fields mock the heightened emotions of love with sarcastic lyrics.

“Andrew in Drag” is a dreamy ditty in which Merritt sings about being in love with a cross-dresser: The moment seeing Andrew in a dress means that Merritt can’t love anyone else again, and causes him to ponder his “misspent youth.”

“My Husband’s Pied-a-Terre,” about an adulterous partner, illustrates just what a talented songwriter Merritt actually is. AP