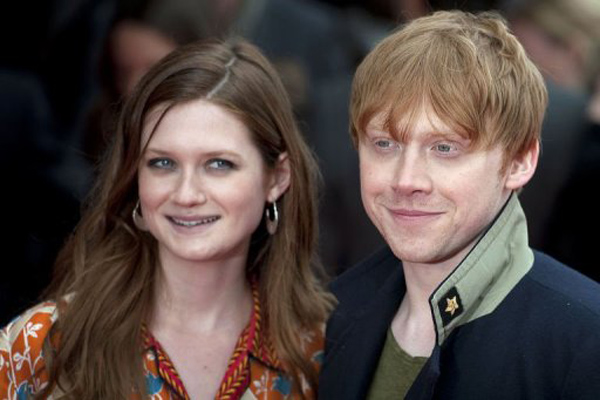 WATFORD, United Kingdom — Stars and hardcore fans of the “Harry Potter” movies turned up Saturday at the red carpet launch of a studio tour featuring the sets where the boy wizard’s adventures were filmed.

Rupert Grint, who played Potter’s friend Ron Weasley, and Tom Felton, who played bully Draco Malfoy, were among the actors at Warner Bros.’ Leavesden studios in Watford, northwest of London, for the grand opening.

All eight of the movies based on JK Rowling’s books were shot at Leavesden, which is hoping to keep the magic going with “The Making of Harry Potter” studio tour round the film sets. Located in 14,000 square meters (150,700 square feet) of hangar space adjoining the studios, the walking tour takes visitors through Hogwarts school and the Diagon Alley high street, offering a glimpse of how the adventures were created on the big screen.

“Every brick of this building is embedded with huge memory. It’s really special that we can share this with everyone,” Grint told AFP.

Felton added: “This place has always been a home to us and now Warner Brothers have given it a kind of solid foundation on a permanent residence. I’m excited to be coming. I could become a weekly visitor, at this
rate.” AFP