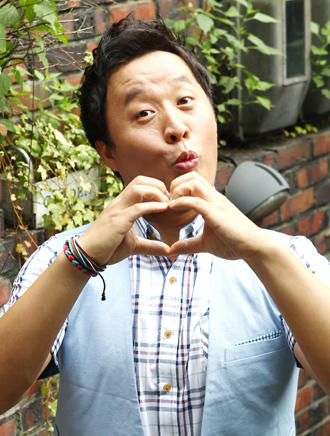 Comedian Jung Jun-ha of MBC’s “Sunday Night” has announced that he will wed amid an upswing in media speculation about his love life.

Jung held a press conference at a Japanese restaurant he owns to make it official that he will marry his Korean-Japanese girlfriend of four years. He said he hoped the confirmation would prompt the media to leave him in peace so that he could film the next edition of “Saturday Night.”

It has been known since 2009 that Jung is in a relationship with a flight attendant who is 10 years his junior, but a local news channel recently speculated that the two would wed soon, promoting the media ruckus.

This year, on various programs, Jung made it clear that he wanted to wed this year but held back from making any specific plans public. He also received the bouquet at the wedding of fellow entertainer Hyeun Young back in March in what was apparently a sign of things to come.