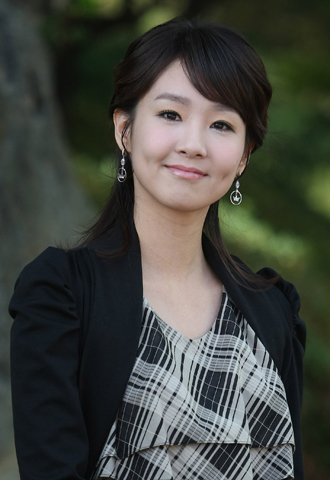 Newscaster Oh Jung-yeon used her Twitter account on April 1 to shoot down speculations about her and basketball player husband Seo Jang-hoon’s alleged divorce.

“There is no suit [for divorce] and there won’t be any. Please stop the false reporting,” tweeted the TV personality.

There is currently mixed reporting about the state of the celebrity couple’s marriage.
Last week, various media channels reported that the couple had called it quits after three years together.

According to online news outlet Interview 365 on March 30, the couple’s contrasting personalities were thought to be the main cause of the breakup. However, netizens were quick to spread rumors and speculate as to what the “real reason” was. Everything from abuse to shopping addiction to estrangement was pinned on the couple.

Meanwhile, a security guard who works at the couple’s apartment building stated that although he didn’t know the state of the couple’s marriage, the two still resided together at their home of three years.