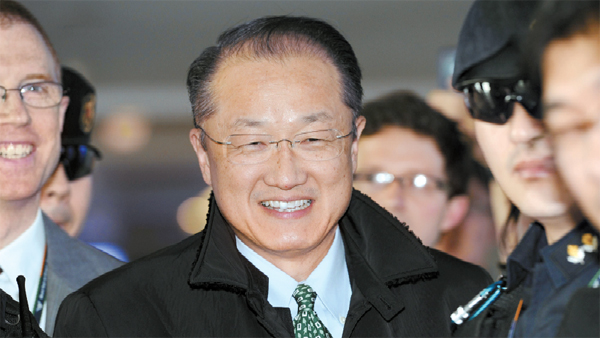 Jim Yong Kim, center, who has been nominated as the head of the World Bank, arrived in Seoul yesterday via Incheon International Airport. He flew in on a Korean Air flight traveling from Narita Airport in Japan. Although he was surrounded by a large group of journalists, Kim, wearing the same necktie that he wore when named by the White House recently, simply said “thank you” in Korean and quickly moved on.