2PM’s Nichkhun is ‘Kerd of the Year’

2PM’s Nichkhun is ‘Kerd of the Year’ 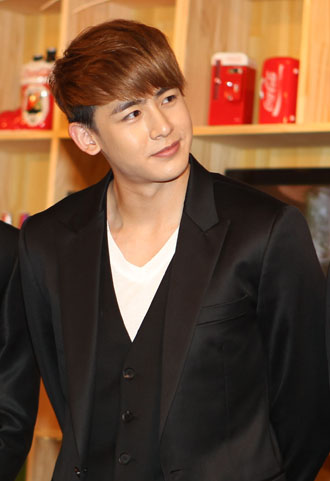 Nichkhun of 2PM won the Most Influential Person prize at Thailand’s Kerd Awards on Saturday, and he quickly thanked his fans for their ongoing support. The boy band member, who is of Thai descent, is immensely popular in Thailand and has won a number of awards there.

This time, fans selected him as “Kerd of the Year” by voting on social networking sites and on their cell phones.

“I thought it was an honor just to be nominated for the awards, but to win the first prize .?.?. it’s like a dream. I will keep striving to become the best person that I can be for you all,” Nichkhun said at the awards show.

Following his appearance at the ceremony, he also took to his Twitter account. “Thanks to everyone for their moral support; this award means so much to me,” he said.

The Kerd Awards is a high-profile ceremony in Thailand that recognizes top stars for their efforts in seven categories, including music and comedy. The show is led by popular entertainer and local television host Woody.