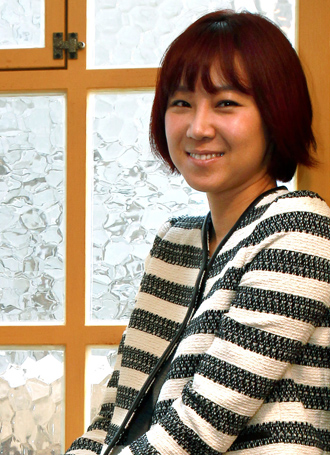 Actress Kong Hyo-jin has been selected by Nintendo to model its latest portable game console, the 3DS.

Kong recently wrapped up filming the new advertisements at a studio in Namyang in Gyeonnggi province.

The gaming company said that the actress was chosen for her image as a trendsetter.

“Kong is a fan of Mario Bros., and we thought that the new gaming device 3DS and the new software ‘Super Mario 3D Land’ fit perfectly with her image,” said a representative from Nintendo. The Nintendo 3DS will be launched in Korea on April 28.

The company said it is expecting excellent sales as a result of Kong’s ties to the device.

Kong is a popular actress who has endorsed multitudes of products in the past. Last year, a survey conducted by portal Web site Ezyday from Dec. 9 to 16 found that Kong was Korean netizens’ favorite actress of the year.