Madonna beats out Lionel Richie, proving she is still ‘Queen of Pop’

Madonna beats out Lionel Richie, proving she is still ‘Queen of Pop’ 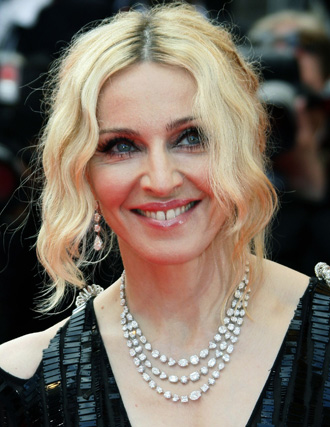 LOS ANGELES - Madonna retained the title “Queen of Pop” by taking the throne of the Billboard 200 album chart for the eighth time on Tuesday, as her latest album “MDNA” beat Lionel Richie’s country-themed “Tuskegee” to the top of the weekly sales list.

Madonna’s 12th studio album, dedicated to club-friendly dance tracks, sold 359,000 copies in its first week according to Nielsen SoundScan, despite lukewarm reviews from critics and minimal promotional appearances by the singer.

This is the fifth time in the 53-year-old singer’s career that her album has debuted at No. 1, following her 2008 CD “Hard Candy,” and she is the second woman to top the chart eight times behind Barbra Streisand, who holds the title with nine chart-topping albums.

“MDNA” also was No. 1 on iTunes charts in 40 countries and had the biggest single day presales on iTunes by any artist in history, Madonna’s label Interscope Records said in a statement.

Album sales were also boosted by Madonna’s upcoming world tour because customers buying tickets also were given the option to receive the album as part of their purchase.

The album sold 199,000 copies in its first week and entered the Billboard chart at No. 2, boosted by its all-star lineup and an hourlong concert special on the Home Shopping Network channel two weeks ago, when 20,000 copies were sold. “Tuskegee” is Richie’s highest-charting album since 1986, when “Dancing on the Ceiling” topped the chart. Reuters