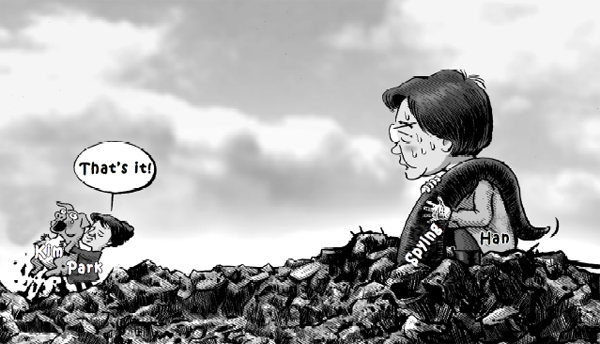 Park Geun-hye, head of the ruling Saenuri Party, glories in the controversy over raunchy remarks by Kim Yong-min, an opposition candidate for Nowon A District in Seoul, while her opposition counterpart Han Myeong-sook struggles to exploit the scandal of the Blue House’s spying on critics and rivals.