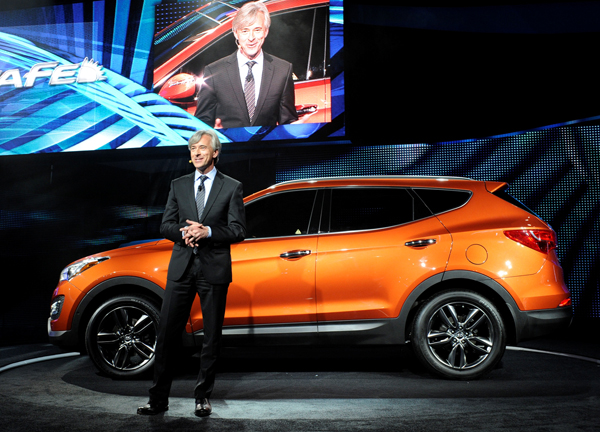 John Krafcik, CEO of Hyundai Motor America, overseas the world premiere of the new Santa Fe SUV at the New York International Auto Show on Wednesday. The car, which has been fully remodeled for the first time since 2005, is equipped with a 2.4GDi or 2.0 Turbo GDi engine. It also has a six-speed transmission and seven air bags. The 4GDi engine can produce 193 horsepower, while the 2-liter turbo can produce 268 horsepower. Hyundai is displaying 13 vehicles at the motor show, including its Avante, known as the Elantra in the U.S., and the Sonata hybrid. Provided by the company