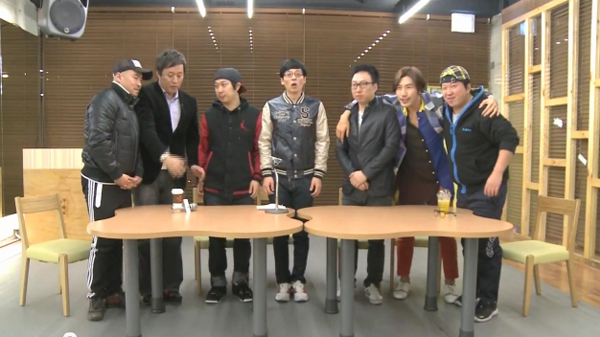 The cast of the MBC variety program “Infinite Challenge” posted online a special video for fans last Thursday. The 20-minute video marks the first time the cast has appeared together since the show went off the air following a network strike that began on Jan. 30.

The video, “Infinite Challenge, Infinite News Special,” was uploaded to the network’s YouTube channel and features all seven cast members.

In the video, the cast gushes its enthusiasm at being reunited after more than 10 weeks. Cast member and singer Ha Ha also took a moment to mention that he has a new album out that he’s been unable to promote because of the strike.

MBC said the show was recorded on March 30 and that the cast waived their appearance fees.

“I don’t want to call it ‘The Strike Special’ - that’s too much. Let’s just call it a ‘short greeting’ episode,” said Kim Tae-ho, the program director.

MBC, KBS and YTN union members have joined forces to protest what they say is biased reporting in newsrooms across the country.