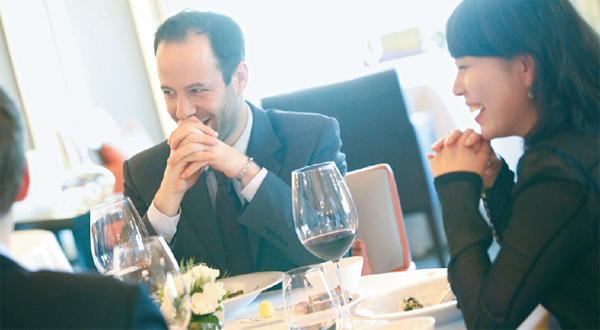 
As an increasing number of business people visit the capital, major hotels are catering more to their needs and tight time schedules by providing special lunch services that are faster, simpler, healthier and cheaper.

Some even help them work. 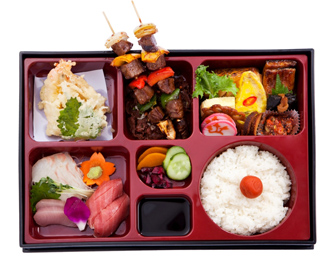 Lotte Hotel Seoul’s flagship French restaurant Pierre Gagnaire has introduced a One Hour Business Lunch to provide diners with a French-style course menu served within 60 minutes. It previously took over two hours to serve and enjoy the same meal.

The restaurant has set the price for the three main menu items of langoustine - a kind of shellfish - creamed cherry salmon and dessert at 70,000 won ($62.15).

“Although senior officials want to enjoy a decent meal during their one-hour lunch break, it’s not easy because course meals take longer than this. So we have prepared a faster but still high-quality French course meal for people who are on tight schedules,” an official at the hotel said.

It offers two lunch boxes priced at 45,000 won and 55,000 won. They consist of a variety of high-quality, nutritious items including an appetizer, sashimi, braised fish or vegetables, grilled fish and assorted tempura, the hotel said.

“We initially planned to run the service until March, but we extended it by a few months due to its growing popularity,” an official at the hotel said.

The Westin Chosun Seoul has also prepared lunch boxes that contain fewer than 400 kilocalories and feature chicken breast as the main menu, an official there said. “Business people are becoming more conscious of the number of calories they consume because they are often too busy to exercise,” he said.

The Novotel Ambassador Gangnam is taking a more strategic approach by lowering the prices of its lunch menus amid the economic downturn. The hotel said it has introduced a group lunch meeting service dubbed “New La Petite Partie” that is priced between 10,000 won 20,000 won per head.

Other hotel restaurants are trying to support executives in a different way by providing them with more comfortable spaces in which to work.

The Imperial Palace Seoul even gives executives who breakfast at the hotel summaries of the daily news broadcast by CNN and BBC every morning.

Moreover, the Hotel Shilla upgraded its exclusive 11th floor for business travellers last November with more customized services. Business executives no longer need to wait to check-in at the lobby but can do so there instead. They also have their own elevator direct to the 11th floor, where managers are on standby to serve them.

The Lotte Hotel Seoul offers business travellers a room complete with masseurs, oxygen generators and infrared lamps so they can freshen up.