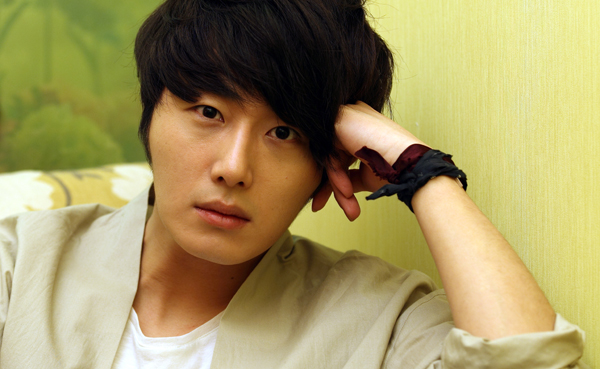 
Jung Il-woo took some time off from acting to attend the Korea-Japan Diplomacy Festival on Sunday in Tokyo. At the fourth annual diplomacy event hosted by the nonprofit Japan-Korea Cultural Exchange Association, the Hallyu actor took some time to bond with his Japanese fans.

While attendees were treated to performances of theme songs from Korean dramas by the Japanese chamber orchestra Baradan, the crowd cheered loudest when Jung appeared on stage.

Jung performed “Someone Like You” from the soundtrack of tvN’s drama “Flower Boy Ramen Shop” as well as the song “Scarecrow” from “49 Days.” He starred in both dramas last year.

The actor also touched on his role in the megahit “The Moon Embracing the Sun,” saying how surprised he was at the high ratings the show earned.

“It was truly an honor to star in the drama, and I’d just like to extend a thank-you to the staff, the director of the show and all of the fans.”

After his speech, a special auction took place where items donated by the actor were sold off at high prices.