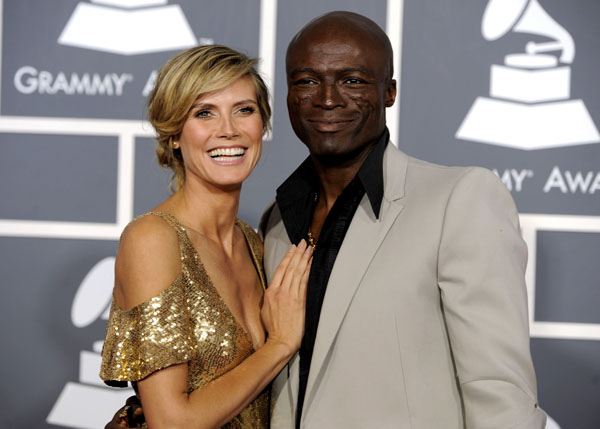 LOS ANGELES - British singer Seal filed a legal response to his German supermodel wife Heidi Klum’s divorce petition Tuesday, including claims which could set the couple against each other, TMZ reported.

The pair announced their split in January, and Klum filed for divorce in Los Angeles last week citing “irreconcilable differences,” referring to a post-nuptial deal and seeking primary physical custody of their four children.

But Seal’s legal submission, published by the celebrity news Web site, makes no mention of a post-nuptial agreement, claims there are joint assets and seeks joint physical custody of their four children.

Klum, believed to be worth $70 million according to TMZ, said in her filing to the Los Angeles Superior Court that the date of separation was Jan. 19.

Seal, estimated to be worth $15 million, gives no date of separation in his court documents.

The couple vowed to be “civil” for the sake of the children when they announced their split in January, with Seal saying it was “difficult” but made easier because of their continued feelings for each other.

The papers were made in Klum’s married name Heidi Samuel - Seal is listed by his name Henry Samuel -and the German model is asking to restore her maiden name, Klum, which she has always used professionally.

The couple married in 2005 and have three children together. Seal, best known for hits such as “Kiss from a Rose” and “Crazy,” also adopted Klum’s daughter from a previous relationship with former-Formula One boss Flavio Briatore. AFP