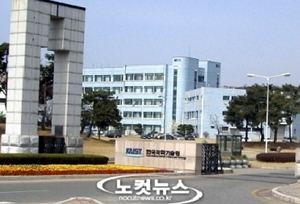 DAEJEON - Following the shocking suicides of four students and a professor at the Korea Advanced Institute of Science and Technology (Kaist) last year, yet another student has claimed his own life.

Yesterday morning at 5:50 a.m., a 23-year-old senior at Kaist surnamed Kim was discovered dead by passing students on the lawn in front of a school dormitory.

The police said it is likely that Kim jumped off the 15th-floor rooftop of his dormitory building. They have secured CCTV footage of Kim leaving his dorm room and going up the stairs.

In Kim’s room on the fourth floor of the dorm, police discovered two notes addressed to his family and roommates. Kim wrote to his family, “I lost all passion. Before, whatever I did it was enjoyable, but these days, even if I try to be passionate, I do not have any energy. ” To his roommate, he wrote, “Hyung [older brother], I’m leaving. I’m sorry I wasn’t able to hang out more. Be happy and live a good life.”

According to the police and school, Kim matriculated at Kaist in 2007. After completing his mandatory military service, he returned to school in February.

His roommate, surnamed Lee, said that Kim “was on a regular basis worried about his future and what career path to take.” He said it wasn’t likely Kim had relationship or grade problems. Kim’s bereaved family said to the police that Kim “usually is bright and cheerful. We never imagined something like this would happen.”

After the incident, Kaist President Suh Nam-pyo opened an emergency committee in order to establish measures to prevent the recurrence of such accidents.